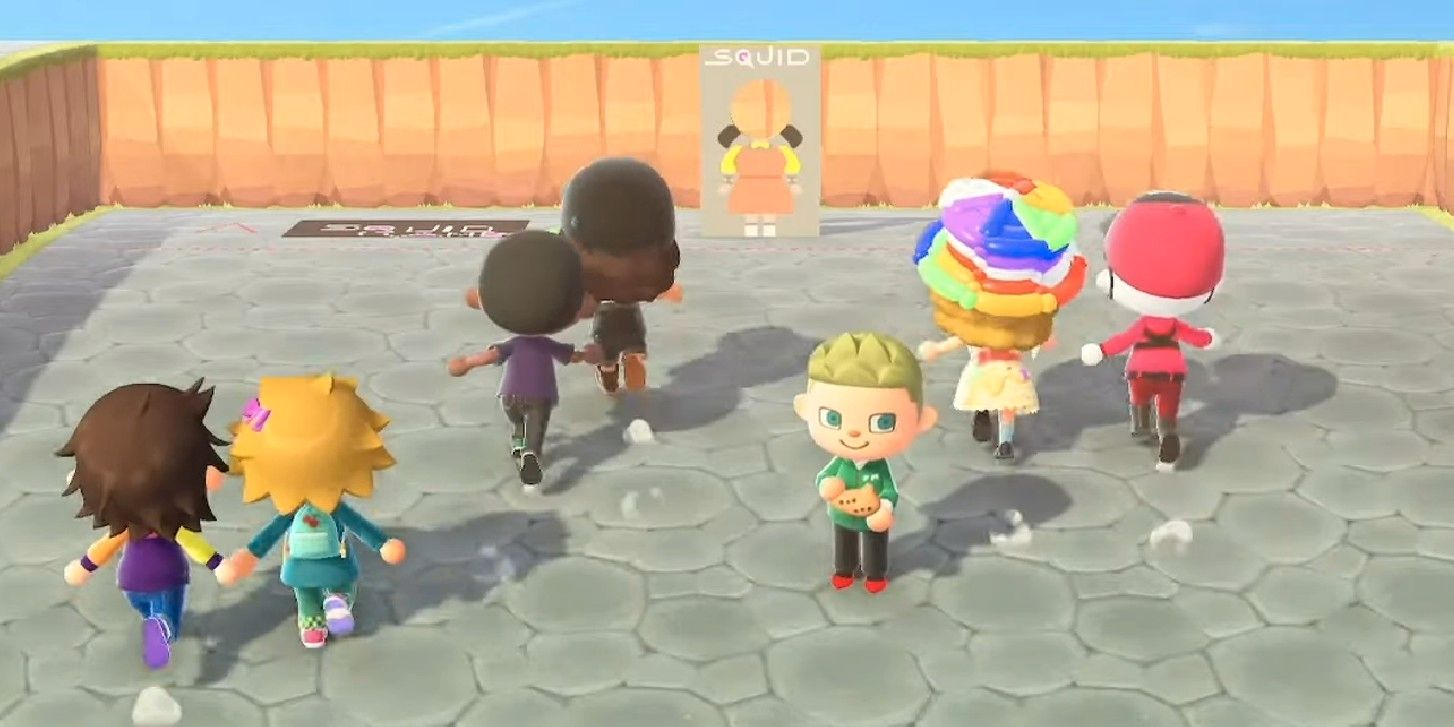 An Animal Crossing: New Horizons content creator has devised their own Squid Game contest within the Nintendo game. The YouTube streamer invited players to their island to take part in a series of Animal Crossing minigames, and while competitors weren’t playing for their lives, they were playing for an impressive 99,000 Bell prize.

Netflix’s Squid Game is one of the biggest shows of the year, engrossing viewers with its dark premise and narrative twists and turns. The Korean drama focuses on a series of competitive games in which players compete for a cash prize, with those eliminated from the games also losing their lives. The show has been a global success that has spawned countless fan-made video game recreations in releases including GTA Online, Roblox, The Sims 4, and of course, players have also been reimagining Squid Game in Animal Crossing.

Streamer and YouTuber Nikachu has created their own competitive Animal Crossing Squid Game, with seven of their viewers invited to their island to take part in three minigames. First is the “Red Light, Green Light” game seen in the first episode of Squid Game. In Nikachu’s Animal Crossing version, Nikachu plays the ocarina as contestants try to reach a Face-Cutout Standee, with players eliminated if caught moving when the music stops. The second game pits teams against each other to pick flowers, while the final showdown puts a simple spin on the Squid Game itself, with players needing to push their opponent out of a square to win. The result is a hilariously cute take on the dark Netflix show, with Squid Game-inspired custom designs used throughout.

A lack of gameplay is one of the biggest criticisms of Animal Crossing: New Horizons, but as the content creator has shown in their video, the game’s tools can be used for player-made fun with the help of some imagination and inspiration. Other popular minigames that can be made for multiplayer madness in AC include treasure hunts where players have to search for a prize in an area filled with buried trash, as well as races, and obstacle courses. Nikachu’s channel is filled with inspirational and hilarious videos perfect to reintroduce fun for Animal Crossing players who’ve grown tired of the core gameplay.

Fans of the game are hoping that November’s new Animal Crossing content will help add more gameplay and more ways to enjoy the game. The update will welcome the coffee-loving NPC Brewster and his Roost Cafe to New Horizons for the first time, but could also add even more gameplay elements, items, and design tools to help creative players continue creating new and exciting ways to experience ACNH. An Animal Crossing Nintendo Direct is scheduled for this week and will announce what’s coming to the game in the future.