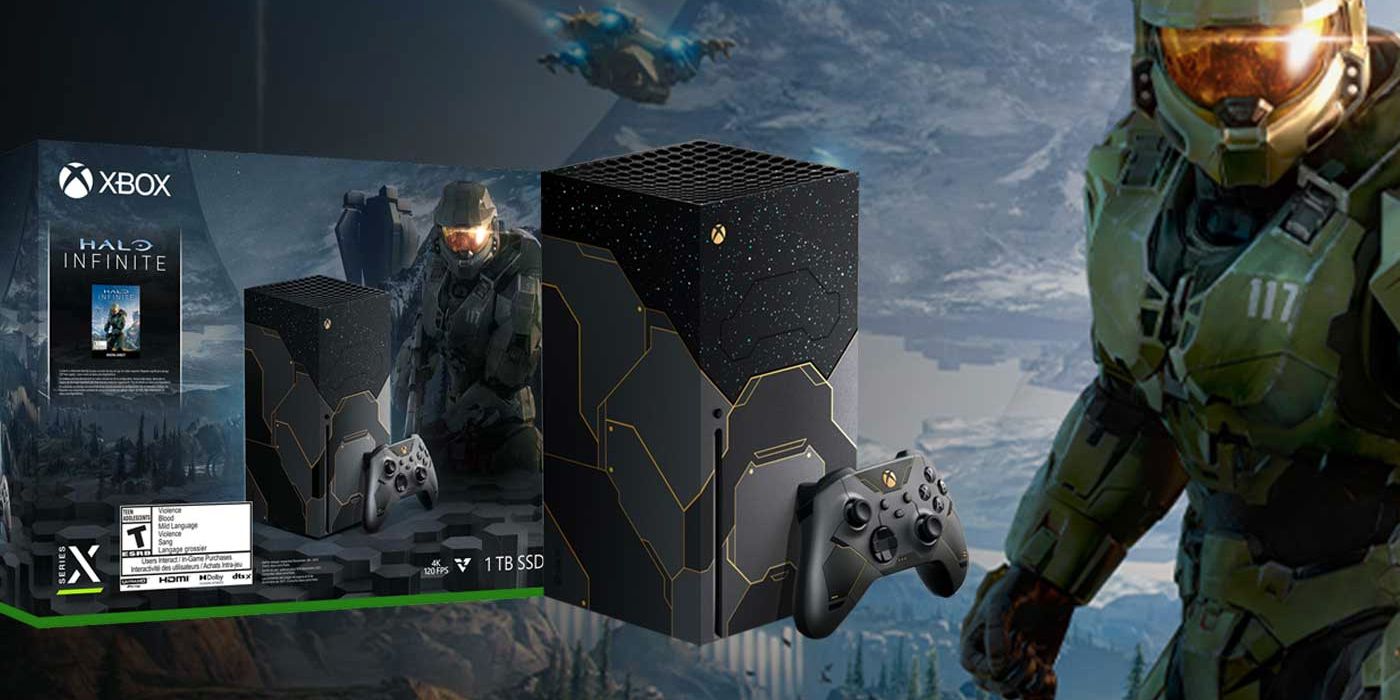 On Tuesday, the Halo Infinite edition Xbox Series X console bundle was made available to pre-order for GameStop PowerUp Rewards Pro members ahead of the game’s long-awaited release in December. The latest Halo installment is set to pick up where 2015’s Halo 5: Guardians left off, and it will bring with it an all-new limited edition new-gen console and controller.

Halo Infinite was notoriously planned to be released as an Xbox Series X/S launch title, but developer 343 Industries ultimately delayed the game after weighing negative feedback, leaving the console’s launch window next to empty. In the months since, public opinion on the game has warmed largely thanks a series of multiplayer betas, but its sales and Xbox Game Pass success isn’t necessarily assured after the developer revealed Halo Infinite’s Forge and campaign co-op modes won’t be available at release.

For those customers prepared to drop back into the Halo universe feet-first after the long wait for Halo Infinite regardless of its launch state (as well as for those who lack an Xbox Series X or want a more fancifully designed one), the special edition Halo Infinite Xbox Series X console and controller bundle seems like a reasonable deal for welcoming Master Chief into their living rooms in style. GameStop’s pre-orders for the bundle came less than five weeks before the console releases on November 15, a date that only precedes Halo Infinite‘s own release by a few weeks.