Welcome back to This Week in Apps, the TechCrunch series that recaps the latest OS news, the applications they support and the money that flows through it all.

The app industry is as hot as ever, with a record 204 billion downloads and $120 billion in consumer spending in 2019. People are now spending three hours and 40 minutes per day using apps, rivaling TV. Apps aren’t just a way to pass idle hours — they’re a big business. In 2019, mobile-first companies had a combined $544 billion valuation, 6.5x higher than those without a mobile focus.

In this series, we help you keep up with the latest news from the world of apps, delivered on a weekly basis.

Meanwhile, TikTok deal talks are happening quickly as both Oracle and Microsoft’s names have emerged as top suitors. But this week, we saw Walmart joining in the talks, too. Yes, Walmart!

One has to wonder if the TikTok that emerges from an acquisition like this will even be the TikTok that people today love to use, what with all these new corporate synergies that come into play.

Apple gets petty in fight with Epic Games 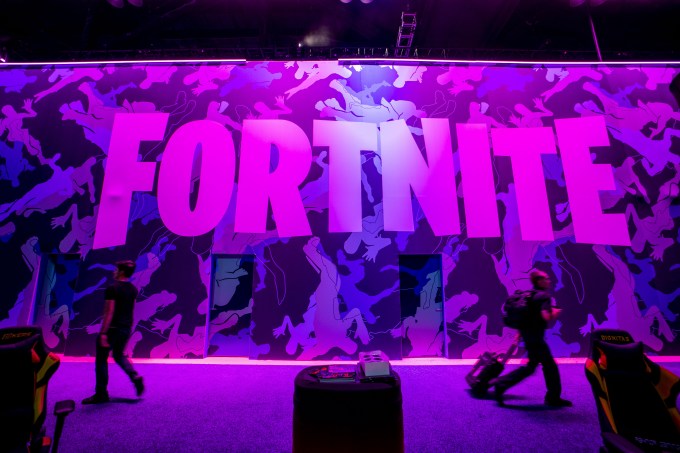 Sorry, Apple, but this is not a good look.

On Friday, the $2 trillion company took its battle with Fortnite maker Epic Games to a whole new level of petty. Just as Fortnite for iOS and Mac was officially blocked from being able to issue updates for its apps, Apple featured Fortnite top competitor PUBG Mobile in the App Store in an editorial story on the Today tab. Apple’s App Store Twitter account also posted about PUBG Mobile’s New Era.

Oh my gosh they did it. They actually did it. They’re running a featured story on the App Store about PUBG today.

This isn’t coincidental, but a conscious decision on Apple’s part to demonstrate its market power. That is: if you don’t want to play by our rules, fine — we’ll just give business to your competitor instead. Being featured on the App Store drives downloads for an app, which helps an app find new users and reconnect with existing ones.

Apple made its point, but it sure was an ugly way to do it.

In a surprise move, Microsoft came out in support of Epic Games this week. Microsoft GM of gaming developer experiences Kevin Gammill submitted a letter to the court that said Apple’s move to cut ties with Epic would harm game developers. Microsoft uses Epic’s Unreal Engine for its own title, “Forza Street,” but the company understands the damage Apple can do to the gaming industry if it stopped Epic from being able to work on Unreal Engine by disabling its Apple developer account.

Plus, if there’s a battle between the gaming industry and Apple, Microsoft will probably take game developers’ sides these days. After all, Microsoft is in the gaming business and its own cloud gaming service xCloud is banned from the App Store, too, as is Google’s Stadia. Apple’s decision to disallow cloud gaming is anti-consumer and fairly unpopular.

The judge in the Apple v. Epic case this week gave Epic Games a temporary restraining order against Apple, but only to stop Apple from retaliating against Epic Games by blocking the company’s Unreal Engine. Judge Yvonne Gonzalez Rogers also chastised Apple for the move, saying that Epic and Apple were free to litigate against each other, but “their dispute should not create havoc to bystanders.”

It’s becoming pretty clear that Apple’s way of running the App Store is not just a set of rules, it’s become a way for Apple to control other businesses, and even limit their growth. Apple’s ban on cloud gaming looks a lot like a way for Apple to protect its own gaming business at the expense of rivals. In the meantime, a patent reveals Apple is working on its own cloud gaming system. Yikes.

Unfortunately, in battles of this size we’re not exactly left with a hero to root for. Epic Games is no indie underdog being crushed by the big guy. It is the big guy. Microsoft is doing okay too. And when Facebook complains that Apple wouldn’t allow its gaming app into the store, or when it rejected Facebook’s app for informing users of Apple’s 30% cut, it’s easy enough to shrug and move on. Oh poor Facebook is not a sentiment people are capable of feeling these days.

But it’s important to remember that what Apple is doing to these big guys, it’s also doing to the smaller ones. We already saw that with the Basecamp Hey debacle. More recently, Apple rejected the free, open-source WordPress app from the App Store for failing to add Apple’s in-app purchase system and because some of the app’s web views could lead to information about WordPress’s pricing plans.

Heads up on why @WordPressiOS updates have been absent… we were locked by App Store. To be able to ship updates and bug fixes again we had to commit to support in-app purchases for .com plans. I know why this is problematic, open to suggestions. Allow others IAP? New name?

The issue was resolved and Apple even apologized, but it’s clear that something is very, very broken at the App Store. And the ultimate loser is the consumer.

In Steve Jobs’ day, GV General Partner M.G. Siegler pointed out in a recent blog post, Apple believed in its App Store and payment systems would win on their own merits, not because they were forced. In Jobs’ own words: “Our philosophy is simple — when Apple brings a new subscriber to the app, Apple earns a 30 percent share; when the publisher brings an existing or new subscriber to the app, the publisher keeps 100 percent and Apple earns nothing.”

How times have changed.

TikTok is busy. On Monday, the world’s biggest app sued the U.S. government over Trump’s executive order, claiming it had been enacted without evidence and without any due process. Meanwhile, Vietnamese technology firm VNG also sued TikTok over music licensing issues and the U.K. began readying governmental restrictions on TikTok’s activities. TikTok is also still trying to come up with a deal that will allow its app to return to India.

On Thursday, things went from bad to worse as TikTok CEO Kevin Mayer resigned. The former Disney executive had joined the social network just over 100 days ago, but said this was not the job he signed up for. His hiring now increasingly looks like a way what many had suspected all along — a way for TikTok’s Chinese parent company, ByteDance, to point to Americans in exec roles at TikTok as a way to reassure U.S. regulators about its business.

According to reports, Mayer was left out of the negotiations to sell TikTok, which were instead headed by ByteDance founder and CEO Zhang Yiming. Mayer was also said to be scheduled to leave TikTok as part of a planned sale, as his role would no longer exist. But the exec’s sudden departure is bad for morale at a time when TikTok’s existence in the U.S. market remains in question.

Meanwhile, the question of who is talking to TikTok would be easier to answer by who is not. Only Apple went on record to say it’s not interested. Microsoft and Oracle have emerged as top suitors in the days since Trump’s E.O. Oracle is reportedly nearing a $20 billion deal. But this week, Walmart also expressed interest in TikTok, teaming up with Microsoft, before trying to first team up with Alphabet and SoftBank. Walmart…yes really. It imagines it could sell to customers on the platform and expand its ad business.

Bingie aims to turn getting Netflix recommendations from friends into a more structured experience. The app for streamers let them get together with friends to discuss, discover and share recommendations across services. The app looks well-built, but overlooks the fact that not all friend groups share common interests. It would be interesting to see it expand to include fellow fans, like TV Time offers, in a later update. Bingie is free on iOS. Read the full review on TechCrunch.

Mozilla this week launched Firefox 79 for Android, aka Firefox Daylight, after more than a year of development. The new browser is faster and entirely overhauled, offering a new user interface, Mozilla’s browser engine GeckoView, enhanced tracking protection, a private mode (based on the privacy browser Firefox Focus), a new bookmarking tools, support for add-ons and more.

Flipboard gets into video

News magazine app Flipboard has been around for years, but its latest update introduces a big change. The app now allows users to follow video content from hundreds of publishers, including national/global news outlets, local news and (carefully vetted) indie producers. Users can even build out their own video-only collections to stay on top of the latest news in the form of video, or they can add video-only feeds into existing magazines. Publishers can also add video to their static round-ups known as Storyboards. Flipboard TV, as the new feature is called, was previously a Samsung exclusive. Now the ad-supported version is available to all.