WHAT IF WE SOLD EVERYTHING, BOUGHT A BUS, AND TRAVELED?

Founders Kate Oliver and Ellen Prasse of Austin, TX based The Modern Caravan left their full-time jobs to remodel Airstreams.

In their own words (www.themoderncaravan.com)

We offer full design and renovation services for Airstreams and other alternative mobile dwellings, placing emphasis on human connection and relationships, reshaping the concept of home and life. We work hard to embrace imperfection in life while perfecting our craft.

We are a 100% women-owned and run renovation business specializing in full and completely custom renovation services for Airstreams and other timeless caravans. The work, from metal fabrication to delicate linen upholstery, is done with our two sets of hands.

MODERN: of or relating to the present or recent times as opposed to the remote past.

Our chosen aesthetic. Clean, simple, minimal, but more so, we take something dated, often neglected, worn, and broken and transform it into a functional, current, lovely space.

CARAVAN: a vehicle equipped for living in, typically towed by a car and used for vacations.

While our first love will always be the classic vintage Airstream, we’ve never wanted to limit ourselves. We intially wanted to buy a school bus or vintage motorhome. We’ve toyed with the idea of renovating a van! Moving forward, the sky is the limit as we pursue projects that feed our creative souls and push our physical limitations.

Airstream Dream Team: These Women Travel the Country, Turning Retro RVs Into Homes | By Zillow and Published by Dwell, 10 October 2017

To learn more about what they’re up to at The Modern Caravan visit www.themoderncaravan.com

IF YOU THINK YOU MAY ATTEMPT SUICIDE, GET HELP NOW

Founder Director Krystal Hess and her Austin, Texas based Motorcycle Missions team are on a mission to help those suffering with PSTD and to STOP SUICIDE.

In their own words (source – www.motorcycle-missions.org)

We are a 501(c)3 Non-Profit Corporation helping individuals who deal with PTS(D) and suicidal ideation find hope and healing through motorcycles.

At Motorcycle Missions we understand that much of the post traumatic stress (disorder) paradigm is that the need for purpose, camaraderie, and adrenaline is of the utmost importance. Our hope is to encourage our audience to instill a life-long passion for motorcycling, that will help them enjoy a happy, healthy, and balanced lifestyle after trauma.

After years of abuse, Krystal found a new lease on life through motorcycle therapy. “Every part I was putting on the motorcycle, I was putting back a part of myself.” Now, see how she’s using the power of bikes to help save even more lives. #KeepRidersRiding ”

In 2015, Krystal’s custom-built 2006 Suzuki Savage LS650 was featured in the Handbuilt Motorcycle Show in Austin, TX. She claimed the People’s Choice award for her 1982 Yamaha XS650 in the 2014 Harvest Classic Vintage Motorcycle Rally in Luckenbach, TX, and received the same honor at the 2015 International Motorcycle Show’s Biker Build Off in Dallas, TX. In 2016, her 2015 Indian Scout took 1st place in the Guys vs Gals Bike Build Off by Indianmotorcycles.net in Daytona, FL. The same bike was featured at the 2016 Handbuilt Motorcycle Show, and won 1st in its class at the ROT Rally 2016 Biker Build Off in Austin, TX.

Krystal considers herself blessed to have the support of so many people who have taught her everything about building motorcycles, the industry, and the riding experience. She may not be alive today nor could claim what she’s accomplished without good moto-people and mentors in her life. This is what prompted her to start Motorcycle Missions. She wants others to experience the therapeutic benefits that come from motorcycles and the riding community, and hopes to see others blessed and healed.

To learn more about what they’re up to at Motorcycle Missions and how you can get involved, visit them at www.motorcycle-missions.org

Thank you Krystal, Dalton, David and the entire Motorcycle Missions team for the benefit of your leadership and support of this very worthy cause. #youkickassmyfriends 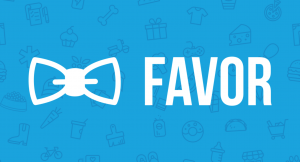 Building a community one FAVOR at a time

SLO HotHouse incubator graduates Ben Doherty and Zac Maurais created the app-based service Favor to allow customers to get anything they want delivered to their door in under an hour.

Now based in Austin, Texas, with operations in major cities in Arizona, Colorado, Massachusetts, North Carolina, Tennessee and Texas, the company was the 2016 SXSW official on-demand delivery service. With 10,000 “Runners” dressed in light blue, tuxedo top t-shirts, they have made more than 1.5 million deliveries since its launch in 2013.

Value Driven: How Favor Turns Strangers into Friends (On Wired.com)

To find out more about Favor visit them at www.favordelivery.com

The SLO HotHouse is a community space created through the efforts of Cal Poly, the city and county of San Luis Obispo, the business community, and the Cal Poly Center for Innovation and Entrepreneurship (CIE). The goal of the SLO HotHouse is to support students and community members as they work to create new innovations and start entrepreneurial business ventures.

To learn more about the SLO HotHouse go to www.slohothouse.com.